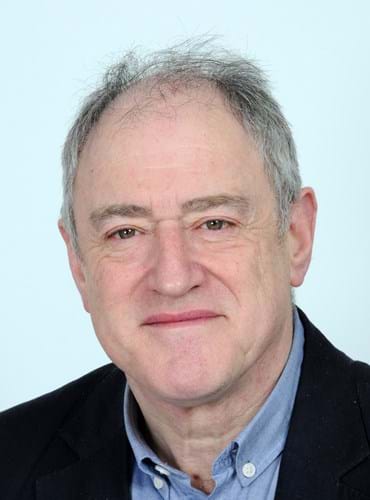 In late August 2021 OpenClinical lost its founder and driving force, John Fox to cancer.  John was a leading researcher in Clinical Decision Support Systems and Knowledge Engineering who built his career at Cancer Research UK and later Oxford University. His academic career started at Durham university.  After Durham he obtained a PhD in Experimental Psychology in 1974 from Cambridge University where he developed his interest in computational decision support.  He then went to the US, to Carnegie Mellon University in Pittsburgh where he worked under Allan Newell and Herbert A Simon and then on to Cornell University.  On returning to England he worked at the Medical Research Council before starting a research group in biomedical computing at the Imperial Cancer Research Fund which later became Cancer Research UK (CRUK).

John led a group at CRUK for twenty five years.  During his time there, he was the founding editor of Knowledge Engineering Review (a Cambridge University Press journal) and started two companies, Expertech and Infermed (now owned by Elsevier).  For a time, it was said that Expertech was the leading income generator for the CRUK charity.  After he moved to Oxford, John founded Deontics, which continues to develop and commercialise the technology his group developed at CRUK and Oxford.  During his career John published more that 250 papers and was an honorary professor of multiple institutions.  John was a dynamic and charismatic scientist who touched the lives of many researchers across the world in a diverse range of disciplines during his working career.  He was awarded the Laureate Prize 20th Anniversary Gold Medal of the European Federation of Medical Informatics in 1996 and was made a life fellow of the European Society for the Study of Artificial Intelligence and the Simulation of Behaviour in 2000.

During his time at Cancer Research UK, John started the website openclinical.org as an early digital health web portal focussed on knowledge engineering.  Later he added openclinical.net, a demonstration platform for the Tallis suite of knowledge engineering tools that was created at CRUK and further developed at Oxford University.  After he retired from Oxford University, the Community Interest Company, Open Clinical CIC was created around the websites to support  John’s vision that machine executable documents, especially clinical guidelines (which he named ‘publets’) should be based on Open Source software and results, when quality checked, made Open Access.

John was a very active septuagenarian, and right up to his last weeks was pressing on with plans for integration of patient and research data via ever wider research projects he envisaged and had in hand. His business plans support value propositions across a four part knowledge data ecosystem including publishers, technology companies, researchers and healthcare providers.  His niece who also graduated from Cambridge in recent years as a veterinary scientist had also developed plans with her uncle for a parallel business which won an entrepreneurial prize from the university.

John is survived by his elder brother and leaves two teenage sons.  He will be sorely missed by all who knew him.

Some other obits from around the web:

A tribute to ‘inspiring, witty and pioneering’ John Fox

From Zina Ibrahim, PhD
“Although I’ve only known John for a brief period, I was touched by his enthusiasm and excitement about my interest in building explainable and trustworthy AI systems. We had no more than 5 meetings, during which he did not fail to enthuse and inspire me with his charisma, modesty and age-defying intellect. Once I learned about his death, my immediate reaction after the sadness was that the least I could do is make the proposal we were working on together a reality, and so I will.”