Please log on to run this application
Description: First draft of a simple template for a randomised controlled trial 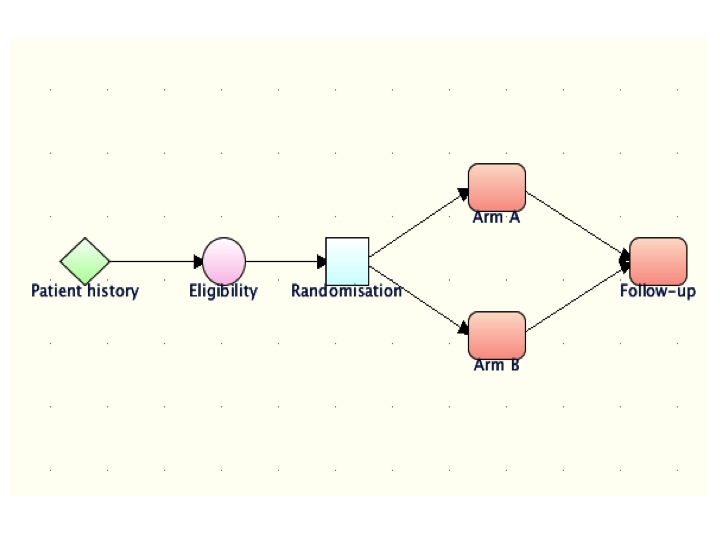 An RCT is a type of study in which participants are randomly assigned to one of two or more clinical interventions. The RCT is generally considered to be the most scientifically rigorous method of hypothesis testing available, and is regarded as the gold standard trial for evaluating the effectiveness of interventions.

The basic structure of an RCT is shown in the figure above, which is an executable task network for a 2-arm trial modelled in the PROforma language. This network specified the basic workflow in such a trial, without the specific details, patient eligibility criteria, details of the specific treatment protocols in each arm etc. The trial designer can take this general template and add the necessary details to the task definitions to define and run a full trial management procedure.